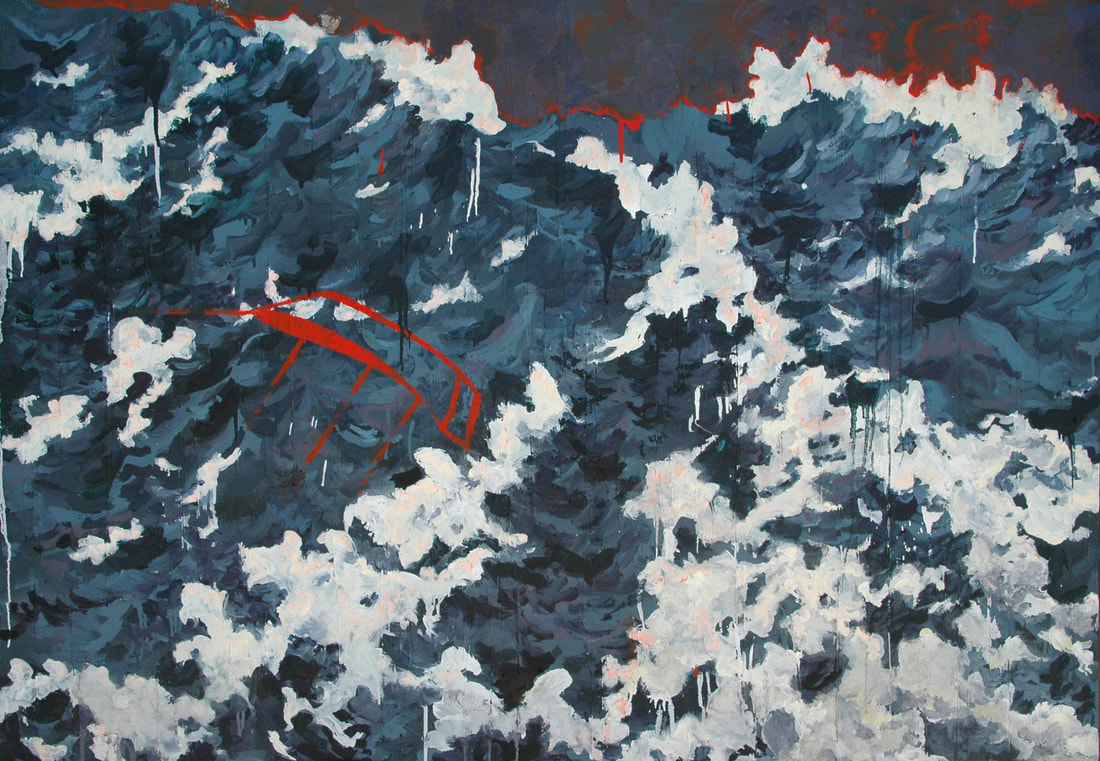 Ship of State ( SOS) June 2020  is from my Ship of State :SOS series ,metaphors for these immediate times. The series title  is taken from The Republic, a philosophical dialogue written by Plato (427 – 327 BCE) who, disturbed by the death sentence assigned by the state to his fellow philosopher Socrates , analogizes ,disparages and criticizes the running of the state as if it were done by an incompetent ship’s captain at sea in a storm. His narrative could apply to present politics for multiple reasons. The visual remembrance of growing up on the Atlantic help narrate these oil and wax paintings on canvas. When invented as a tool for distress, SOS, was said not to be an abbreviation but it’s resemblance to Plato’s words are memorable.

Though metaphorical in nature, a distressed Ship of State  is an apt symbol for these times we are involved in and witness to.  The visual disintegration referenced in the  slave ship pochoir stencil  of June 2020- analogizes an awakening to social injustice which this country has unfortunately  but surreptitiously interjected into all  policies.  We are on the brink, a sea change of democracy, to begin to rectify a depredation of human rights which has occurred and magnified within the past four years.